The ultimate test of skill in the world of cue sports is definitely the Snooker, a variation of the traditional billiard games. Snooker is a little bit more complicated and challenging compared to its predecessor according to some who have both experienced playing the games. The popularity of Snooker grew so rapidly that a World Snooker Championship already arose by 1927. However, it has increasingly been popular now, having played in pubs to professional tournaments. Not only that, snooker betting has also become one of the important betting sport in the United Kingdom. The World Professional Billiards and Snooker Association (WPBSA) or simply known as the World Snooker regulate professional snooker and they also organize events in the World Snooker Circuit. The tournaments works by having players compete in the Circuit and then by ranking their points, they attempt to qualify for the World Championship, the most important event in professional snooker that is held annually since its birth in 1927. 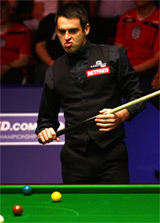 Winning the World Championship is the most highly valued prize in professional snooker. The winner earns not only a huge sum of money which is at £250,000 but also ranking points and prestige. The World Championship is televised extensively by the BBC in UK. In Central Europe and the Far East, it is televised by Eurosport so that everyone can watch the glory unfold in the prestigious game of snooker. The fans of the sport as well as the snooker betting fans are very much interested in the live coverage of the games so as not to miss any single piece of action. Bookmakers all over UK have also seen the potential of betting in snooker. As a result, these bookmakers have since then offered deals in betting on the popular sport.

There are two types of betting for snooker made available by bookmakers. One is Match betting and the other is Outright betting. The latter is open months in advance before the actual tournaments proceed allowing the punters to win huge ante-post prizes. Match betting works like the usual betting scheme wherein bookmakers offer odds on each player on a specific match. These two types of betting are very much anticipated by punters. Whether it is post game or during the game, punters support it due to the fact that is it their favourite game of snooker. Not only do they support the game that they love, they also get the chance to win handsome prizes.

Bookmakers online also provide betting opportunities for international punters wanting to take a dip into the world of snooker opportunities. These bookmakers have lined up the players and the odds on their websites making it easy for the bettors to pick their favourites. Due to this, snooker betting has never been so easy as bets can be placed on just one click. News and updates are also offered by bookmakers on their websites to attract punters to place their bets with them. The snooker odds are very helpful in determining who will win the competitions, however, odds are not fixed on stone and most of the time, trusting the guts is much more reliable.