Big Brother is watching you, a catch phrase in George Orwell’s political novel entitled Nineteen-Eighty Four had been so popular that it was used in the most popular reality show Big Brother. The reality show runs for a couple of months with 12 to 14 people living inside a house, Big Brother’s house to be exact, and they avoid being publicly-voted for eviction. The last one man standing wins the prize. The people participating in the show are called housemates or house guests confined inside the house full of cameras and microphones where every action is watched. They are not allowed to leave the house and have contacts in the world outside unless permitted by Big Brother for the duration of their stay. Due to the nature of evictions every week, bookmakers offer punters the Big Brother betting wherein punters can bet on who they think will be evicted. And sometimes when there are challenges inside the house wherein teams compete, bookmakers also include that in their list of betting opportunities. 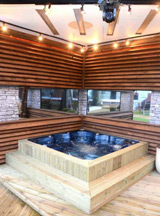 The Big Brother show is truly entertaining whether you are or you’re not a big fan of betting, but if you are, it’s double the fun as you get to have a guess on who will be the winner and earn money through it. Viewers also like the nature of the show because the housemates act according to their own free will and they’re just being themselves that somehow inspire the viewers. Housemates argue, fall in love, annoy and become friends with each other that missing the show is very difficult as it’s like following a chapter of the lives of interesting people. This kind of reality shows are much appreciated that many people try Big Brother betting just so they could really show how much they like some of the housemates. Over 32 countries have produced their own versions of the programme and the show has hooked millions all over the world.

Betting is very challenging because anything can change inside the house in the drop of a hat. It’s difficult to predict what other people would do if you don’t know their real nature. And sometimes, the housemates have to create another version of them to fit into the show, blend in, and mingle with people they don’t know so they could win. It’s a kind of a survival instinct; the show is like Survivor in a way, the only difference is that the housemates’ arses are pampered.

Over the course of the show, the odds for Big Brother fluctuate making it very difficult to grasp and place a bet. It is gambling in its true form as you can only find out the result as it unfolds. This is the reason why so many people are hooked to Big Brother betting because somehow it’s like betting on the things you will do yourself if you’re there. Bettors base their bets on their own judgment if they were a housemate there. There are many markets offered by bookmakers for bets on the Big Brother show including the day to day challenges but the most popular is the overall winners betting and the eviction betting.